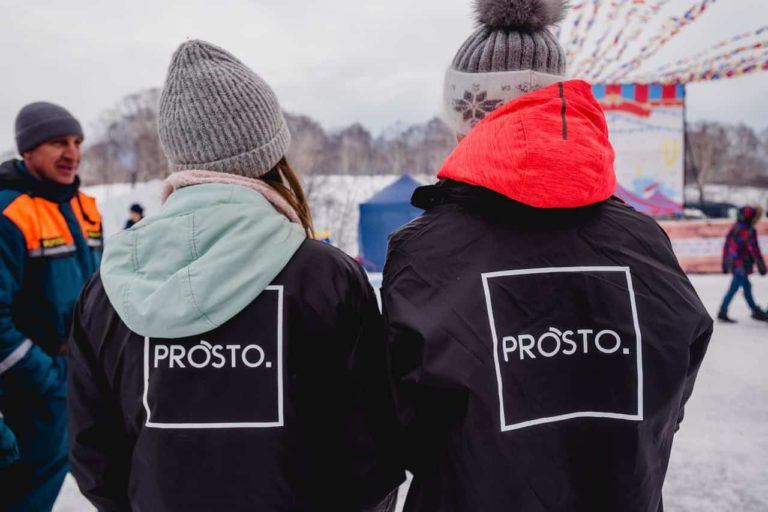 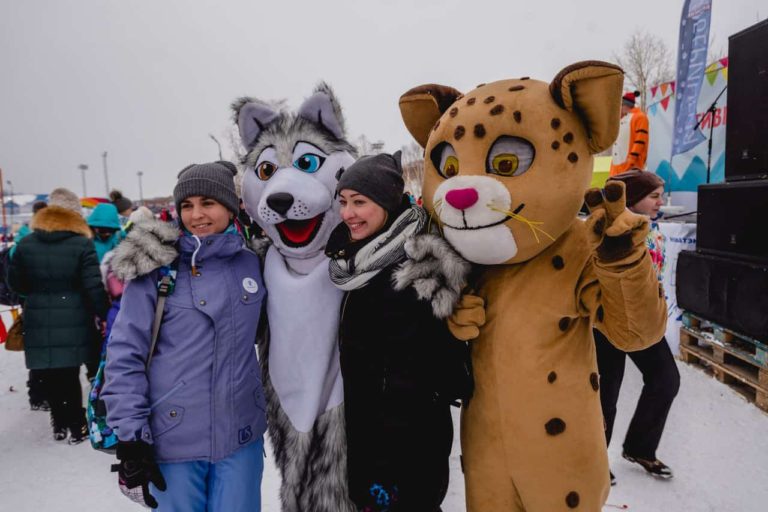 The purpose is to organize leisure time for the younger generation of “Beringians”. With the help of various active platforms, tell the story of the race, its heroes and difficulties that every young traveler should be prepared for. Promote outdoor winter games among children, youth and their parents.​

The “Active town” site hosted the “sledge Parade” and “Big Beringian games” competitions, as well as the “school of young kayur” quest stations and the “Wish Tree”art object.

At the Beringiyskoe shapito site, booths for the race winner’s dogs were displayed, made at the expense of leading commercial organizations in Kamchatka, there are stations of the quest “school of young kayur”, trampolines and a steam train for children, animation programs were held, a nitcomob and a flashmob “Beringiysky boomwalkers”, art objects “school of young kayur” and “route of Beringiya”.

So on the Playground, “Beringian Bratstvo” was organized beverages and hot meals for guests of the event. 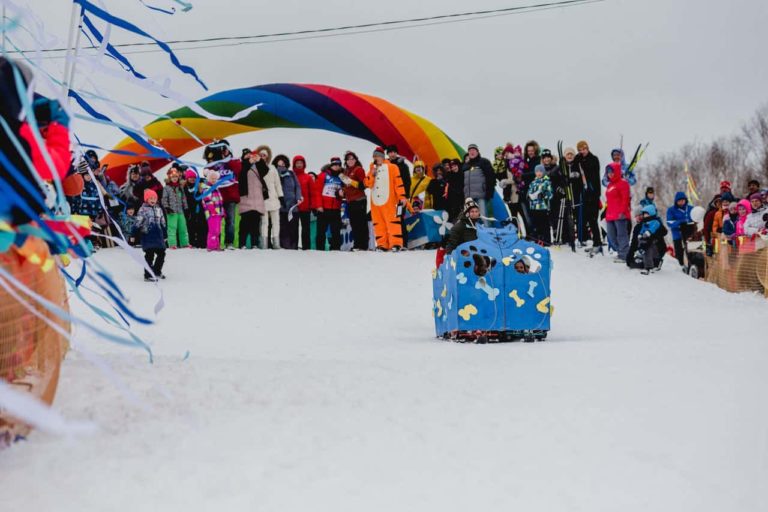 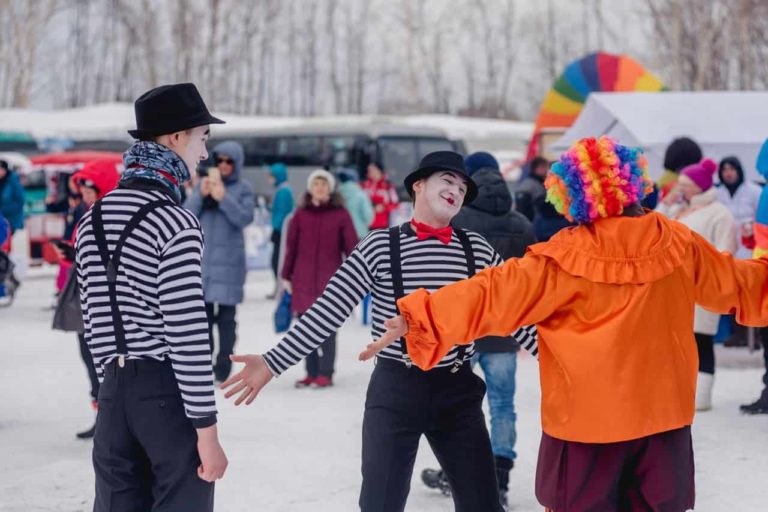 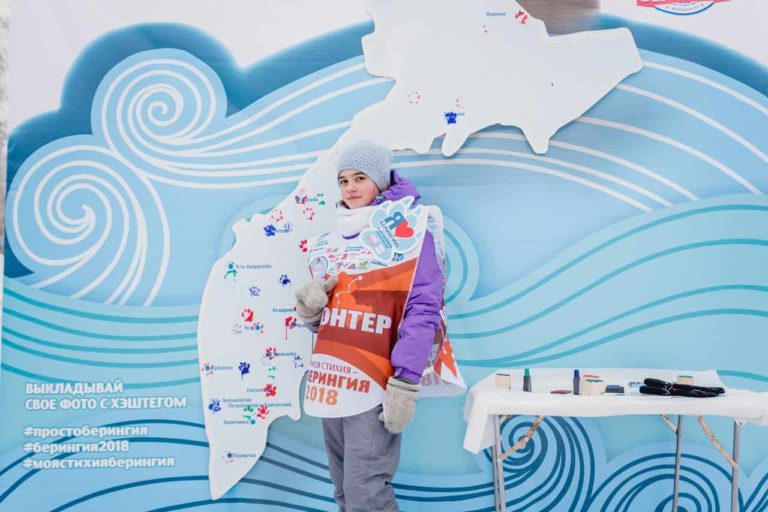 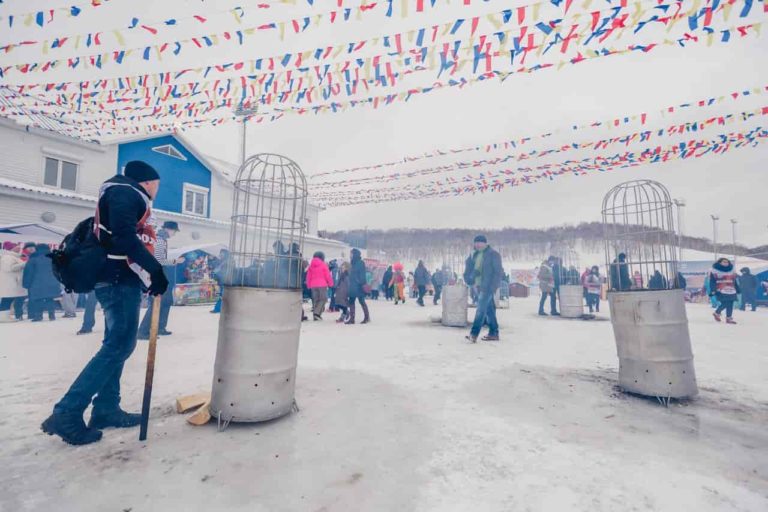 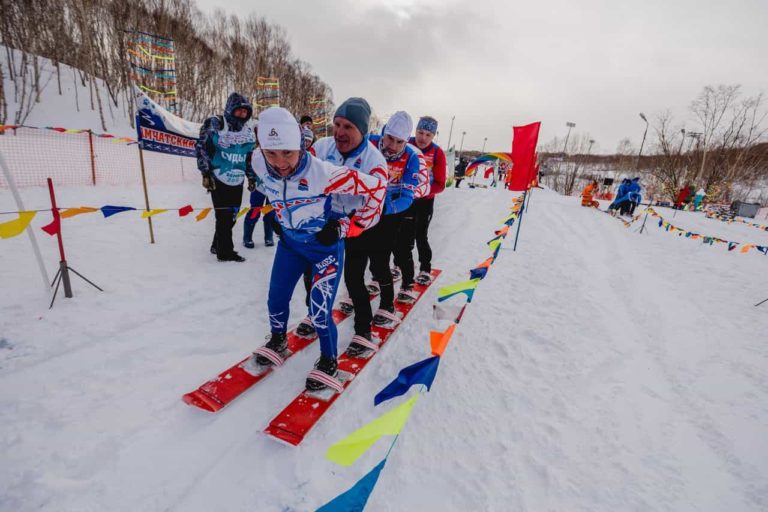 Rich entertainment program throughout the event. The site featured unique objects made exclusively for this event — barrels for heating.

For the first time, such competitions and projects as the “Great Beringian games” and “house for Huskies”were held. Unique flash mobs “nitcomob” and “the land of boomwackers”.

A large number of art objects and activities for children and adults.

An entertainment program is organized for those who came to the opening of the traditional dog sled race “Beringia-2018” with children. During the program, children of all ages could find entertainment for themselves, starting from trampolining and games with animators, ending with the passage of an exciting quest “School of young kayur”.

At the Agency’s initiative, husky booths were made at the expense of leading commercial organizations, which were transferred to the kennel of the winner of the Beringia 2018 race, Valentin Levkovsky.

For the first time in the history of Beringia, a sports competition of labor collectives “Great Beringian games”was held. 10 teams from leading enterprises of the Kamchatka territory took part in the games.

For the first time, a “nitcomob”, “Beringian canvas” was held, designed to unite all the guests of the holiday. 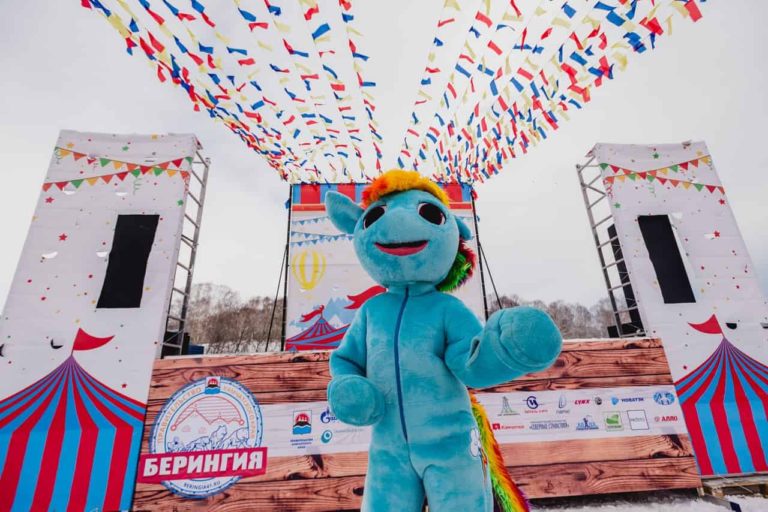